7 Years With InnoVint | A Winemaker's Journey

Matt Hughes is the General Manager and Winemaker at Feliz Creek Cellars. Hughes sat down with us to discuss his journey with InnoVint, why he started using it, and why he took it with him wherever he went.

Spoiler: it isn’t hard to figure out. In fact, the explanation is quite simple.

Matt Hughes first contacted Ashley DuBois Leonard, Founder, and CEO of InnoVint, back in 2013, when InnoVint was just getting started. He was a winemaker at Six Sigma Ranch, and he needed a tool to make his job more manageable.

“Before I used wine management software, I had piles of spreadsheets, papers, and a notebook.”

But even after he switched to using wine management software, the software wasn’t user-friendly, so it didn’t make his life any easier.

“I had to use a notebook in tandem with the wine management software because it was so unfunctional. Every time I would call the support team, I would have to ask them for specific information, and they’d tell me that if I wanted to find it, I had to export it in one place and put it in a spreadsheet in a different place. And it was much easier to flip three pages back in my notebook.”

So after talking to Leonard, he pulled the trigger right away.

Hughes also explained that InnoVint’s cloud function was especially helpful to him when he was at Six Sigma.

“We had to evacuate the Ranch three different times during one harvest due to fires nearby. I was able to stay somewhat sane and functional using InnoVint on my laptop,” Hughes said.

This gave Hughes peace of mind, so he was comfortable taking InnoVint with him when he made the move to Brassfield Estate.

“Before I used wine management software, I had piles of spreadsheets, papers, and a notebook.

These days everything is happening at once, and InnoVint allows me not to worry about records and inventory because I know that it’s available and easy to look at."

Next Step: InnoVint at Brassfield Estate

“When I went to Brassfield, InnoVint was the first request I made because as the new guy, you usually get what you want. So I said I needed $200,000 worth of Oak Barrels and InnoVint.”

And it was after this transition, Hughes saw how versatile and critical InnoVint could be.

“Then I was able to bring my team on board with it, and it became more of a winemaking tool. At Six Sigma, it was saving me paper, and at Brassfield, it had even more uses.”

For instance, Hughes found the costing function particularly the most helpful when he started using it at Brassfield.

He also listed a number of other valuable functions that eased his mind.

“Sorting, filtering, tagging lots, and just keeping track of everything at Brassfield was pretty easy with InnoVint,” Hughes said.

So, as you can imagine, with his team beginning to rely on InnoVint, Hughes was able to “monitor and sort what was happening with ease.”

“When I went to Brassfield, InnoVint was the first request I made because as the new guy, you usually get what you want. So I said I needed $200,000 worth of Oak Barrels and InnoVint.” 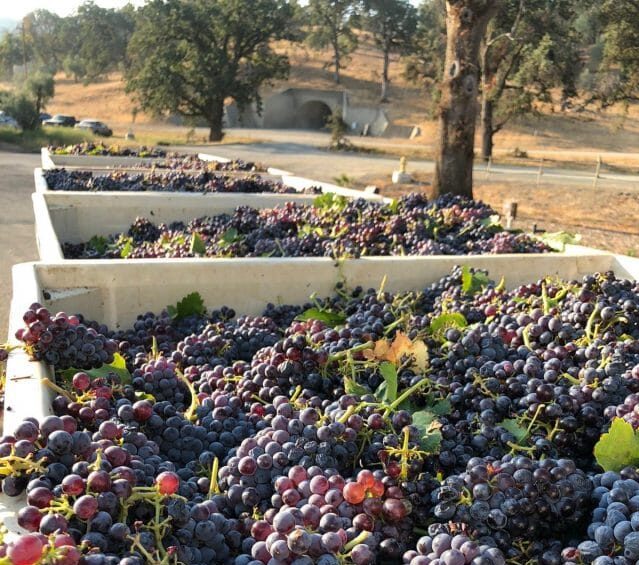 Feliz Creek Cellars in Hopland, CA, has two main services; case goods storage and barrel storage. However, Feliz Creek has been in the process of constructing a crush pad, adding custom crushing, and might be adding canning and bottling as well.

Hughes became very involved in the construction, and these responsibilities made it even more challenging when dealing with the user interface of the wine management software (he was using Vintrace).

“When I moved to Feliz Creek, I was so used to InnoVint I thought I could just launch this other program and know how to use it. I was working with contractors, installing tanks, powering tanks, and filling them the next day. I thought I would just enter what I could and put the rest on paper, but when the other wine management software launched, it just didn’t work for me,” Hughes said.

“I abandoned ship on it, and I said back to the notebooks and spreadsheets.”

He not only missed InnoVint’s functionality but he also missed its dedicated team.

“It just wasn’t going to work for me. It was more than double the work. So I contacted Ashley, ‘Help!’”

His move back to InnoVint has already made the work he is doing at Feliz Creek quicker and more relaxing.

So it is no surprise when Hughes says:

Hughes plans to continue using InnoVint at Feliz Creek and Campovida, a small winery also in Hopland, CA, which is committed to organic and biodynamic processes.

Save Time, Save Money

Level up your productivity with a single source of truth for everything happening at your winery. Take InnoVint with you everywhere and anywhere to gut-check your decision-making. Vineyard, cellar, lab, on vacation… it’s there for you.